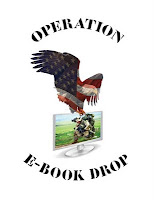 I am pleased to say that I am a participating author in Operation E-Book Drop.

Servicemen and women of our Coalition Forces are away from home and putting themselves on the line for the rest of us. No matter what your political beliefs are, most of us agree that we need to support our men and women as we pray for their safe return.

What is Operation E-Book Drop?

Author Ed Patterson had an online conversation with a soldier stationed in Iraq who was having difficulty getting books to read on his Kindle - there isn't a whole lot to do for entertainment there. Ed sent the soldier a complete file of his books in Kindle format - and then the idea struck him that there might be other soldiers and other authors who would want to participate. Sure enough, lists started to form and books were being sent over the internet in various e-book formats.

Then the wonderful staff at Smashwords found out about this effort and decided to promote the program - Smashwords authors can use special coupon codes to send the members of the Coalition Forces so they can download books to their reading devices. Since Smashwords offers books in several ebook formats (including Kindle, Palm, .pdf and more), books are readable on all reading devices and even with a web browser.

Kimberlee at Vanilla Heart Publishing made sure that any VHP authors who wanted had the proper coupon codes to send...

I signed up - it is a small service I can do for the men and women who are doing for us. I hope my books will give the soldiers a bit of a reprieve from reality. 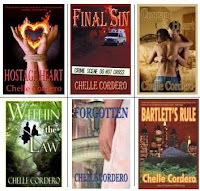 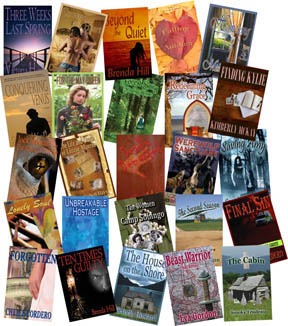 How Cool Is That!

Vanilla Heart Publishing and Chelle Cordero will donate $1 per copy of Bartlett’s Rule (any format) sold through midnight October 31, 2009 to The National Domestic Violence Hotline, to further their amazing work.

Wow, what a bargain!

I shared an audio update using #Cinch, check it out: 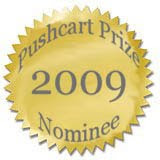 Final Sin by Chelle Cordero has been nominated for this year's Pushcart Prize competition!
I am so excited.
Did YOU read Final Sin?
If you did, I need a favor - WHICH chapter do you think was the best?
I've been trying to figure it out... Please let me know, just leave your comments below.
Here's the post from Vanilla Heart Publishing:

Vanilla Heart Publishing is pleased to announce our nominations for the 2009 The Pushcart Prize - Best of the Small Presses, published every year since 1976, and widely recognized as the most honored literary project in America.

(btw, congratulations to all of the nominees, I am in GREAT company!)

Help us name my next book

We are in a quandary – Vanilla Heart Publishing likes my next manuscript, but we can’t decide on a name. I originally called this story “A Common Bond” but Kimberlee likes “Tangled Hearts” and plans to release this book around February for Valentine’s Day.

So please, help us to decide:

About the book…
Dennis Gillette has two too many fathers according to his mom, Layne, and both men are rich and powerful and either could afford to take her son away from her. One man is merciless, authoritarian and she fears him – the other is demanding, determined and sexy as hell. What happens when the two men have to face off against each other? Which one will win her love and which one will win her son?

Layne never met Justin until he showed up on her doorstep to claim his son, the same son she ran away with when she was pregnant to keep him from her husband, Charles. So is it a common bond they share, or is it a tale of tangled hearts? Or maybe you have another suggestion…

Send your suggestions to me at ChelleCordero@gmail.com and put your title choice in the subject line; be sure to put your name and mailing address into the body of the email because you just might win a prize!

If we choose your suggestion you can win a copy of my next release A Chaunce of Riches (in November which will include a preview of my next book) AND your name will be mentioned in Dedications & Acknowledgments in A Common Bond/Tangled Hearts/Tangled Common Bond Hearts and Elephant (!?). There will be a random drawing if multiple entries arrive with the same chosen title.

All entries are due by October 31!
Posted by Chelle Cordero at 4:36 PM No comments:

Vanilla Heart Publishing and Chelle Cordero will donate $1 per copy of Bartlett’s Rule sold from midnight October 18, 2009 through midnight October 31, 2009 to The National Domestic Violence Hotline, to further their amazing work.

When Paige and Lon met it was purely for business but it wasn't long before their hearts took control. Paige's past comes back to haunt them and they soon come to realize that the devastating effects of rape and abuse extend beyond time and place to impact more than the primary victim herself. Lon has to grapple with his own intense anger and hurt over Paige's assault. He also has to overcome mis-perceptions of his personal character while building a foundation of trust between himself and Paige.

Bartlett's Rule is more than a love story; it relates a valuable lesson for both men and women.

*The inclusion of links and/or information about National Domestic Violence Hotline constitutes no endorsement from said organization.

"Chelle Cordero will join us in discussing her novel, Bartlett's Rule. This is a story of a woman recovering from the devastating effects of rape while she learns to trust and fall in love again. The story explores the secondary victim challenges facing the man she meets (after the rape) and the effects on people around them."

Jeanine Swatton is the CEO/PR Director of Swatton Live, LLC. She is the co-founder of "Preventing Abuse Against Women". Jeanine holds a Master's degree in Computer Science from Boston University. Her vision is to help women who are victims of abuse and provide them with the services and tools to become empowered.
*****

Posted by Chelle Cordero at 4:44 PM No comments:

Please join us at 9PM EST tonight, Oct 7 at http://bit.ly/baalc

Shared via AddThis
Posted by Chelle Cordero at 1:47 AM No comments: