The language of love

read thru to the end for a chance to win a free book!
Happy Valentine's Day 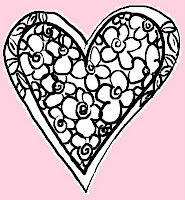 Love is patient; love is kind; love is not envious or boastful or arrogant or rude. It does not insist on its own way; it is not irritable or resentful; it does not rejoice in wrongdoing, but rejoices in the truth. It bears all things, believes all things, hopes all things, endures all things.

In a romance novel love is hot and spicy, it's romance that can melt your heart with a hero every woman wants for herself and a heroine that is real, human and certainly not a pansy. Romance novels are my personal favorite to read AND to write.
(excerpt from A Chaunce of Riches)

He sighed heavily while he brushed the tousled curls from her forehead. “That’s why I’m here Sam. I am going to take care of you and Philip... that’s my job.” He sat silently, just watching her, while he said a soundless prayer that he could keep them from harm. “I’m here. I promise I won’t let anything happen to you or Philip.”

Sam buried her face against his jean-covered thigh and sobbed quietly. Ben stroked her shoulders gently until he thought she was asleep. He felt the hand she had resting on his thigh start to tighten when he began to pull away, so he sat there and leaned his back against the headboard. She slept with her head in his lap. He closed his eyes and allowed himself to rest.

Hours later Ben woke. Listening intently, he was satisfied that the night sounds were as they should be. Then he watched the woman whose head was in his lap, her hand was precariously close to starting a reaction that he knew would test his will power.

His words were barely audible and his expression was bleak. “Sam, I wish you would tell me why you left. I know that it had to be more than the money. I knew you. I loved you.” He stopped to swallow the lump he felt in his throat. “I looked for you when I woke. I called your name. I cried for you.” That was the only time Ben had ever let someone see him cry. “I needed you so bad.” He was scared he still did.

He didn’t mean to wake her but his touch became more forceful and she began to stir. Sam opened her eyes and smiled for him. Ben felt the jolt go through him. She twisted to lie on her back, her head still resting on his leg, smiled again and closed her eyes.

It was almost daybreak when Ben’s cell phone rang. The jingle of the phone woke Sam and Ben breathed a sigh of relief when she sat up and broke contact. He brought the phone to his ear and mumbled into it and nodded in earnest. Sam sat up and watched him.

Ben Johnson was hired as a bodyguard for a rich widow and her kid, but he never expected to be working for the woman who had abandoned him just when he had needed her the most. Damn it all, he still wanted her. Samantha Chaunce never thought she would have to explain why she married the rich man instead of Ben. Or that her husband had been murdered...and Ben was the prime suspect.
A Chaunce of Riches - Smashwords
A Chaunce of Riches - Kindle
A Chaunce of Riches - print/Amazon
Go here to win a FREE e-book for Valentine's Day

Posted by Chelle Cordero at 2:00 AM