...and what kind of day have you had?

Layne Gillette’s world is turned upside down when a man she has never met shows up to lay claim as the father of her 6-year old son.

Justin, the victim of a fraternity prank, and Layne, the subject of a forced insemination, have produced a beautiful child that they are both willing to protect... at all costs.

The two parents realize they can love each other, but when Layne’s abusive “ex-husband” shows up, they are torn apart by danger, kidnapping and lies. Justin won’t give up until Layne is returned to him. Layne uses her newfound strength, courage and knowledge to defy Charlie’s ugliest demands. 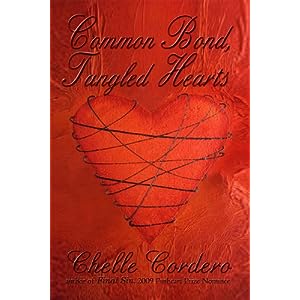 "Damn it!" Justin paced the short length of his motel room several times. This little nothing town was one of the last places he wanted to be. Damn Davis for insisting that he had to "get this matter cleared up". Damn the college pranksters that robbed him of a choice. Damn his brother for leaving him the only heir. And damn his grandfather for dying and dumping everything on his shoulders. He stopped short of cursing his frail mother for making him feel guilty enough to accept the duties of running the three stores.

After a very rocky start, Justin had been a model student for years until he earned his master's degree. He drank only moderately and partied occasionally. There had been a few college girls he saw on a serious level, but he never got carried away. He never made promises and he never once thought of a future with any of them. That was why he was so surprised when the family attorney, Larry Davis, told him he was a father.

"That's impossible!" Justin protested. "I was always very careful. If some girl told you it's mine, don't believe it." He had always been a careful and considerate lover and when it came time to end a relationship, he always did it gently. He'd bet his life, he never got any girl pregnant.

"Justin, maybe you'd better sit down…" Larry put his unlit pipe in his mouth and waited until Justin was seated. "It seems that you and some of your friends decided to do a little bit of celebrating just prior to your graduation, when you received your masters."

A little bit of a celebration was an understatement, Justin thought. He remembered having gotten totally drunk, he spent at least two days nursing a hangover. He suddenly laughed. "If you're going to tell me I went out and got laid, there was no way… I was too far gone for that."

"You were… the victim of a fraternity house prank." Larry had known about this for a few years, but Justin's grandfather wanted it kept quiet for the time being. "I don't know how to say this delicately, but… you passed out in the offices of a sperm bank."