Hope y'all are having a happy & safe 4th!

When I was a youngster growing up in 'da Bronx, NYC (the only borough to begin with a "D"), and surrounding buildings weren't too tall to see across to the Hudson River, my parents and our neighbors used to pack a picnic dinner and we would all go up to Tar Beach to watch the fireworks from the rooftop. It was spectacular! Very fond memories.

Someone (usually my dad) would run an extension cord up there so we'd have a radio broadcast in the background. The oohs and aahs would all quiet when the anthem or other patriotic songs were played over the radio. The transmission was scratchy on the tube-powered radio, but the men, almost all WW2 vets, would stand proudly watching the display and all their eyes glistened as they softly sang the patriotic words along with the radio.

To this day I still get a little bit choked up when I hear our anthem and see the fireworks...

I hope this day has been spectacular, fun and safe for all of you.

note: The Macy’s fireworks display actually debuted on the Hudson in 1958 before becoming an East River tradition in 1976.  In 2008, it moved back to the Hudson River to celebrate the 400th anniversary of Henry Hudson’s landing in Manhattan 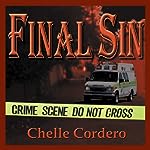 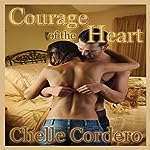