We pick up immediately after last week's snippet. Layne was disappointed when Justin left and seems pleasantly surprised when he returns. Justin had gone back home when the family attorney called to say his mom was ill; she really just needed the reassurance that Justin was there for her. (She had lost one of her sons [Justin's twin], her husband and her father-in-law before the story begins) Since Justin heads up the business and pretty much the family (just the two of them) she relies heavily on his support.

(the following has been edited to fit)  ...and now the eight   ten:

"Sorry, it was a family emergency,” he was only gone two days but it felt longer; he realized that it wasn't just Dennis he had been in a hurry to return to, "have you gone to lunch yet?"

"I'm not taking lunch today, the office is closing early."

"What time are you getting out?" He was feeling cocky, she hadn't told him to get lost... yet.

“How about going out to lunch then, my treat?"

"I have soup waiting at home," she inhaled deeply, "you're welcome to share lunch there."

He smiled, it was devastating, "I'll pick you up at one."

As a romantic suspense author, today's historic decision
by the United States Supreme Court to allow same-sex
marriage in all 50 states is important to me.
While my immediate personal family  may not be affected
directly by this decision, it does mean that several
of our friends and much more extended family is.
They can now marry the people they choose to love and
live with much like my husband and I,
as well as our daughter and our son.
As a mom I've been blessed to know that each of my children
has found and married that person who will literally walk
through life beside them ~ this is a joy that more parents
will now be able to experience.

Love will always matter to a romance author! 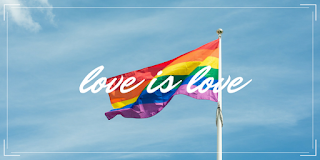 Persistent, I like it. Will he win her heart, I don't know, but he's not going to give up any time soon from the looks of it! Awesome snippet!

There is nothing quite like the thrill of pursuit. Nice piece as always Chelle.

She's slowly letting him in! Good! :)

The dialogue is short and sweet , moving them on. Well done.

Looks like she is becoming more open to him and his presence. Lovely snippet.

I'm glad these two are making some progress! Can't wait to read more...from the story premise there's a LOT to happen yet.

He's pretty persistent. That's what it's going to take, I think.

Well, he's doing pretty well this time. Is it because she's warming up to him though or because she's just trying to be gracious at work?

This is good. She seems more open to him now. I just finished Captive Hearts and enjoyed it very much.

soup's better than nothing ... and she didn't say no. Can't wait for next week.

Nice... That, "...yet," is a promise that things are going to continue to be quite interesting between these two.

Oh those smiles...they get you every time.lol Enjoyed the snippet.

So sorry for the delayed comment for this week. I'm playing catch up on Sunday Snippets.

Absolutely loved the line about her not telling him to get away, yet. He really is getting cocky, or maybe just hopeful. Maybe he's actually going to win her over this time around.

So sorry for the delayed comment for this week. I'm playing catch up on Sunday Snippets.

Absolutely loved the line about her not telling him to get away, yet. He really is getting cocky, or maybe just hopeful. Maybe he's actually going to win her over this time around.