A few weeks ago I began running snippets from the story Not Alone from my short story collection, The Many Faces of Chelle Cordero.. Told in 1st person POV we learned that someone had died and everyone was blaming Jordan, including the narrator. Here is one more snippet from the story and we'll find out a bit more of what happened... Next week I'll move on to another story - but read to the end of this post if you are still interested in finding out how this story goes.


Kimmie’s dad came by to pick up the rest of his daughter’s things; we shared a suite in the dorms. He hugged me and thanked me for the friendship I shared with his daughter. He told me how much it meant to him and his wife to hear me talk about Kimmie during the memorial service. Then he asked me to help keep Kimmie alive by never forgetting her. When he left, the tears began to fall again and I stared at a picture of my best friend while I cried.
Maybe I didn’t really, or maybe I did, but I heard Kimmie’s voice telling me that Jordan needed me. I thought that maybe I was losing my mind, it could have just been the desperation I felt, but I knew that I heard her voice. So I went over to Jordan’s off-campus apartment; I stared at his door for a few minutes before I actually knocked.

Sometimes forgiveness seems impossible, but then so is turning your back on a friend. 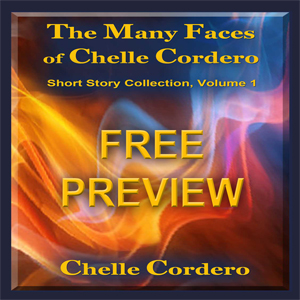 So touching! I had a friend who was shot and killed. We grew up together and he was a Vegetarian. For months after his death I thought about him as my el train passed his cemetery. I felt like he was offering direction to me many times via thoughts of him, I could hear his voice and I stopped eating meat for over a year after his death. Very touching eight!

Wasn't here last week, but soy ds like something tragic went down and everyone is reeling. Lots of emotion here.

Poignant snippet, Chelle. I think you're portraying the pain of loss quite well. :-)

Wow...such a hard time! This kind of loss is never easy. Not sure if she's going crazy or not, but I'm glad something led her to Jordan's apartment. He's grieving too and shouldering all the blame. He's in need of a friend.

You've encompassed so much in this eight. Forgiveness, friendship, and possibilities of life beyond. Thanks.

I'm so glad someone is thinking of the survivor, even if it's hard for her to reach out to him!

I'm so glad she's listening to the voice, whether it's her own subconscious or Kimmie's otherworldly influence, because I think Jordan needs someone to reach out. Excellent excerpt!

So touching! I like how the narrator goes to Jordan and hope that they can help each other.

So much healing needs to happen. Great snippet.