I found a terrific writing site (thanks to my friend Sugana) — The Daily Post: Daily Prompts provides a NEW daily prompt every day to give every writer a way to put a spark in her/his creativity. I decided to join this group every so often...

Definition of SAVAGE[Adjective] (of an animal or force of nature) fierce, violent, and uncontrolled.[noun] (chiefly in historical or literary contexts) a member of a people regarded as primitive and uncivilized.[verb] (especially of a dog or wild animal) attack ferociously and maul.

How many are aware that this word, “SAVAGE”, appears in one of the most defining and important documents of the free world? Well buckle up and come along for a little history lesson:

Here in the U.S.A. we just celebrated July 4th, our country’s “birthday”. For many Americans this means parties, barbecues and fireworks. For some Americans there is both a bittersweet commemoration of a momentous event that took place on July 4th, 1776, and bitterness that’s been swallowed and yet keeps bubbling to the surface.

Every year, somewhere, it is traditional to find the American Declaration of Independence being read in its entirety. On July 4th, 1776, in Congress, the signed Declaration of the thirteen United States of America was adopted and officially gave birth to a nation. The 56 (male) signers were from the 13 states that made up our young country: Delaware, Pennsylvania, Massachusetts, New Hampshire, Rhode Island, New York Georgia, Virginia, North Carolina, South Carolina, New Jersey, Connecticut and Maryland.

While the Declaration was officially adopted on July 4th it took until November of that year for all of the representatives to sign it. The very first signature in the Declaration, signed on July 4th, belonged to John Hancock who was the President of the Continental Congress. The 56th and final signature belonged to Matthew Thornton from New Hampshire. The oldest man to sign was 70-year old Benjamin Franklin. John Hancock’s signature is the most prominent one on the page.

One of the most famous lines in this very famous document says, “We hold these truths to be self-evident, that all men are created equal, that they are endowed by their Creator with certain unalienable Rights, that among these are Life, Liberty and the pursuit of Happiness.”

The document then continues with a long litany of examples about how the King of Great Britain violated the rights and rules of the people in the 13 colonies.

One example included later in the document is “He has excited domestic insurrections amongst us, and has endeavoured to bring on the inhabitants of our frontiers, the merciless Indian Savages whose known rule of warfare, is an undistinguished destruction of all ages, sexes and conditions.”

The indigenous people living in this land BEFORE Christopher Columbus mistakenly labeled them “Indians” thinking that he had arrived in India were referred to as Indians and Savages. Also, wasn’t it kind of nervy to refer to these people as “the inhabitants of our frontiers”? They were here FIRST!

Ironically while many the people living in the 13 colonies came to this land to escape tyranny and oppression, the freedoms that the Declaration of Independence spoke of were not automatically bestowed on all the people living in our land — groups such as Women, Blacks, and Native Americans were denied the right of voting for many years.

Married women were also not allowed to own property or keep any money they earned. The 19th Amendment in 1919 granted women the right to vote, but it took more than half a decade, until 1984, for all of the states to ratify the agreement. In 1870 the 15th Amendment granted Black men the right to vote, although there are many recorded cases where exercising that right was consistently challenged.

Even though the 15th Amendment granted voting rights to ALL male citizens of the United States, the Native Americans were denied citizenship (and therefore could not vote) until the Indian Citizenship Act in 1924. There were many instances of harassment and discrimination until the Voting Rights Act of 1965 was signed into law.

Our country’s history is not without blemish, but at least today every citizen, regardless of age*(18+), gender or race, has the right to vote and hopefully will always be able to.

“And I'm proud to be an American where at least I know I'm free.
And I won't forget the men who died, who gave that right to me.
And I'd gladly stand up... next to you and defend her still today.
'Cause there ain't no doubt I love this land God bless the U.S.A.”
("Proud To Be An American" Lee Greenwood) 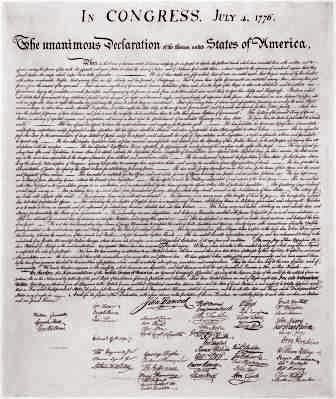 Posted by Chelle Cordero at 4:28 AM No comments:

I found a terrific writing site (thanks to my friend Sugana) — The Daily Post: Daily Prompts provides a NEW daily prompt every day to give every writer a way to put a spark in her/his creativity. I decided to join this group every so often...

The definition of SCAMPER: [verb]
to run nimbly and usually playfully about  ~ also ~
An acronym for a Creative Thinking Process

When I tackle these word prompts I always start out by looking up the true definition of the word just to be sure that I am using it correctly. Today my first thought when I read the definition was of my year-and-a-half old grand-nephew “D” that I got to see today. With a house full of people “D” was of course confident that he was the center of attention — I think he was!
With an energy that all of the older folks envied, “D” ran back and forth through his parents’ house, scampering, hiding around corners and giggling which always gave away his hiding spot. It was a truly fun day with the inevitable question, “How can we bottle up some of that energy?”

I was also very intrigued when I Googled the word to find that S.C.A.M.P.E.R. is a mnemonic representing an innovative 7-step technique to brainstorm, “think out of the box”, solve problems, and kindle creativity. Imagine — Improve — Invent. [from Wikipedia]
1.      Substitute comes up with another topic that is equivalent to the present topic.
2.      Combine adds information to the original topic.
3.      Adjust identifies ways to construct the topic in a more flexible and adjusted material.
4.      Modify creatively changes the topic.
5.      Put to other uses identifies the possible scenarios and situations where this topic can be used.
6.      Eliminate removes ideas or elements from the topic that are not valuable.
7.      Reverse, rearrange evolves a new concept from the original concept.
Step one allows us to think in terms of what we know, something that already is. This can be a hard good, a service, a process, or anything.
Step two makes us think of what “parts” can go in to improving and creating. Can we put other items together to serve a different purpose?
Step three helps us to examine what we could do to use the item in some other way (similar to the butter knife being used as a screwdriver, lol)
Step four begs the questions, how can we make this better (either an existing or a new product)?
Step five examines again the use of this product in a different manner and how that might alter the original product, would its use as something else be better if it were modified?
Step six helps us to narrow our focus and be more concise about the purpose or use of the item or service. What is necessary (parts, material, design) for the intended purpose and how can we streamline it?
Step seven is basically rethinking the project and how it could change if you went through the steps in a different order.
The S.C.A.M.P.E.R. technique forces us to think in abstract, creative ways. Simply put it’s like (figuratively) reaching into our brains and pulling out those tiny, otherwise hidden, ideas and thoughts. It certainly gives us something to wrap our minds around.

Ideas for using SCAMPER    [from GiftedMMiller]1. Read a simple story. What elements of SCAMPER could be used to rewrite the story? If you get stuck on a writing assignment, will the ideas from SCAMPER help you to keep going?2. Create your own invention. Take any common object and think about how it might be changed or improved upon. Think about the history of a common invention, such as the telephone. Go back to the earliest phone you can find and see how the elements of SCAMPER were used to improve each generation of the communication device.3. Take a current social or political problem and discuss how elements of SCAMPER might be applied to come up with possible solutions.4. Use SCAMPER to analyze a Web site or a brochure. Can you find ways that the Web site or brochure might be improved?5. Take any common object—a penny, a shoe, a table. How can you apply the elements of SCAMPER to come up with a new and creative use of the object?
...
Posted by Chelle Cordero at 4:11 AM 2 comments: