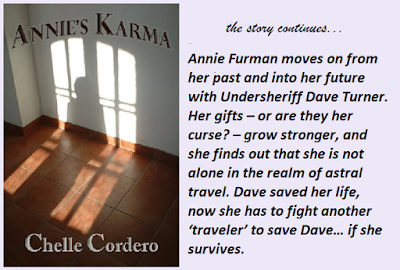 
Posted by Chelle Cordero at 1:09 PM No comments:

When Life Throws You Curves ~ #MondayBlogs

One day I will write my autobiography and the title will be “I Made Plans, God Laughed”.
Everyone experiences unexpected events, some frightening and some surprising. In the past few weeks my family has been dealing with a frightening health emergency, we’ve pulled together in love and support. I find myself pleasantly surprised at the strength and resourcefulness of each member of the immediate family. Extended family and close friends have also surrounded us with positive energy which has encouraged and bolstered our hearts.
During the first nights we were enveloped in fear, the fear that comes from not knowing what comes next. As the days went on, with the help of prayer and the knowledge of medical professionals, we were able to regroup and make plans. We found a place for our loved one to recuperate, rehabilitate and, God willing, eventually return home.
It’s a wonderful thing to be surrounded by family and loving friends when your need is great and you feel lost. I truly believe in the power of positivity — positive thinking and positive actions lead to better outcomes. We truly appreciate all the good wishes, concern and prayers sent in our direction.
We know that there is a long road ahead and we are hoping for a full recovery. This unexpected emergency will forever change all of our lives making us more appreciative of loved ones and good friends, and of course more aware of the need to take better care of ourselves.
Never miss a moment to tell your loved ones how much they mean to you, life changes quickly. I consider myself very lucky to still be able to say how much I care. I will be selfish enough to ask for the comfort of your continued prayers and good wishes.
May the rest of 2017 find you all, and your loved ones, in good health, surrounded by the warmth of love and friendship.
Posted by Chelle Cordero at 1:30 AM No comments:

The story continues...
Annie's Karma,
the sequel to Karma Visited,
is available!

Annie Furman moves on from her past and into her future with Undersheriff Dave Turner. Her gifts – or are they her curse? – grow stronger, and she finds out that she is not alone in the realm of astral travel. Dave saved her life, now she has to fight another ‘traveler’ to save Dave… if she survives.

Annie’s Karma is a super followup novel to Karma Visited. I was intrigued by many things that evolved and expanded throughout the book, not the least of which is the incredibly detailed (although fictional, I must guess) accounts of astral travel, alongside the thriller aspects of the story.
~ Karen Mayes, Beta Reader

Posted by Chelle Cordero at 8:23 PM No comments: