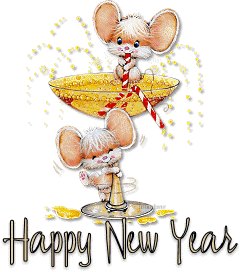 Wishing you a year filled with joy, peace,
good health, happiness,
an abundance of friends new and old,
and love, lots of love.
~~~

Posted by Chelle Cordero at 11:59 PM No comments:

Lindsay's Romantics: The Year in Review - 2010 Books: "Lots of terrific books were published in 2010 -Here's a list of those from the authors of the Lindsay's Romantics Group... His Lucky Charm, ..."
Posted by Chelle Cordero at 11:50 PM No comments:

Happy Anniversary to my husband
35 years ago today on Dec 28, 1975
Mark and I exchanged our wedding vows
and we've lived the Happily Ever After since

I love you Mark.

Posted by Chelle Cordero at 1:19 AM No comments:

Chicken Pot Pie – Within the Law
Ingredients
1 pound skinless, boneless chicken breast halves - cubed
1 cup sliced carrots
1 cup frozen green peas
1/2 cup sliced celery
1/3 cup butter
1/3 cup chopped onion
1/3 cup all-purpose flour
1/2 teaspoon salt
1/4 teaspoon pepper
1 3/4 cups chicken broth
2/3 cup milk
2 (9 inch) unbaked pie crusts
Directions
Preheat oven to 425 degrees F (220 degrees C.)
In a saucepan, combine chicken, carrots, peas, and celery. Add water to cover and boil for 15 minutes. Remove from heat, drain and set aside.
In the saucepan over medium heat, cook onions in butter until soft and translucent. Stir in flour, salt, pepper, and celery seed. Slowly stir in chicken broth and milk. Simmer over medium-low heat until thick. Remove from heat and set aside.
Place the chicken mixture in bottom pie crust. Pour hot liquid mixture over. Cover with top crust, seal edges, and cut away excess dough. Make several small slits in the top to allow steam to escape.
Bake in the preheated oven for 30 to 35 minutes, or until pastry is golden brown and filling is bubbly. Cool for 10 minutes before serving.
Blurb
Tom gave up on ever falling in love again the day that he buried his high school sweetheart and fiancé. He started a career in law enforcement just so that he could find her murderer and rapist. Just when he is about to see justice done, he meets Alli Davis-the defense attorney for the murdering rapist who took his love from him.

(excerpt)
“We think Bryan Colton stole money from the people he cooked those books for. He may have hidden the money away thinking he could get away with it.”
“And if they found out...”
“He’s desperate to get the money back or use it to get away.” Brandon finished the thought.
“This is good news because he’s going to keep Alli alive for her to hand him the painting. She is too valuable alive to do anything drastic.”
“But Alli doesn’t have it...” Tom frowned.
“Right. So she’s collateral.” Brandon seemed pleased. “Either way, it pays for him to keep Alli alive and unharmed. This gives us time.”
“But why haven’t we heard anything?” Even though Brandon’s theory made sense to him, Tom was concerned about the delay.
Brandon shrugged. “That I don’t know. Maybe he doesn’t believe she doesn’t have the painting. Or he’s trying to figure out how to use her to bargain with. She probably hasn’t let him know where the painting is.”
“Alli is stubborn as hell.” Tom thought aloud. “She is probably keeping her mouth shut.”
Brandon nodded. “So we have to let him know you have it.”
“Does that put you in danger?” Caitlyn sounded worried about her cousin.
Tom looked at his cousin and then at Brandon. If Bryan Colton decided to come after him, they could be in the way.
“You guys have to go home.” He didn’t want anyone else to get hurt.
Brandon shook his head. “I’m not leaving you alone. Caitlyn and Chloe can go home. I’m staying.”
“I am not leaving the two of you!” Caitlyn protested.
“Cat...” Tom wanted to reason with her. Brandon could handle himself. He was a terrific backup for him.
“Sweetheart, I’d feel better...” Brandon looked torn.
“Tough. If you’re worried, hire some thug to watch your daughter. I am staying.” She was adamant.
~~~~~~~~~~~~
We hope that you are enjoying our Virtual VHP Dine-a-Round.
To enjoy the full menu, stop and visit the following sites:

http://bit.ly/gklZbA A complete menu from To Be Continuedby Charmaine Gordon

http://bit.ly/hy7s5E Chicken Pot Pie from Within the Law by Chelle Cordero

http://bit.ly/dgk2mD Purple Platter Meatloaf from Jock Stewart and the Missing Sea of Fire by Malcolm Campbell

Posted by Chelle Cordero at 3:00 AM 8 comments:

Email ThisBlogThis!Share to TwitterShare to FacebookShare to Pinterest
Labels: Chelle Cordero, Chicken Pot Pie, Dine a round, recipes, VHP, Within the Law

An Anthology With Heart
Passionate Hearts Review
By
Jacqueline Seewald
reprinted from Amazon
This anthology is physically attractive and colorful with romantic cover art that greets the reader. The stories are written from both female and male perspectives. There is a great deal of variety here making for an enjoyable reading experience.

The first story in this collection is Victoria Howard's "Her Protector." This is a romantic suspense story that keeps the reader guessing. Matt Hemmings connects with Alexa McAllister as she leaves Rome's Leonardo da Vinci Airport. Is it love at first sight or is something more going on here? Romance and mystery interconnect in a satisfying way.

The second story in this anthology is "The Riddle" which I happen to have written. Set in Giza, scientists are exploring the mystery of the Sphinx. The story combines romance, humor and science fiction.

In "The Vacation" by Chelle Cordero, Darlene's husband has left her and the children refusing to even provide child support. She is struggling to survive. That's when Bob comes into her life. Bob has been seriously injured in Iraq. The two find love and comfort together, but life it seems is never quite that simple. Enter Darlene's ex!

Michael Bracken writes in many genres. He recently won the prestigious Derringer Award for short mystery fiction. "An Engaging New Year" begins with a kiss on New Year's Eve. Why a "stranger" propose marriage to our heroine?

Just when Diane, an overweight pediatrician is ready to give up on love, Tony, a sexy physical therapist, literary stumbles over her at the beach in Charmaine Gordon's witty and entertaining "Take Me As I Am."

"Immortal Love" by Melinda Clayton has a great opening: "He saw her, for the first time in two-hundred years..." Timeless love makes for a romantic theme in this contemporary story.

"Simmering Wedding" by Marilyn Celeste Morris is a very different sort of story in its complexity. Set in Korea before the start of the Korean War, there are a series of interrelated characters and relationships. This story could be developed into a literary novel.

In "Destiny Beach" by Angelica Taylor, Candice is constantly dreaming about meeting Mr. Right on the beach. Will it happen?

In "Paco's Visions" by Robert Hays, Mama Jan is hired by Mr. Sebastian to work at his Sanibel Island mansion. Paco and his sister, Rosa, both love the island. But then Paco has his vision of the cat Marmalade being eaten by an alligator. He worries that it might be true. Meanwhile Mama Jan and Cajun Captain Dupuis develop strong feelings for each other. But where will it lead?

"A Firefly for Thanksgiving" by Kathie Harrington is a touching romance. Those who've served in the military will appreciate this story in particular.

"After the Ball" by Misha Crews takes place in the summer of 1957. After Midge nearly dies, she goes on a vacation and meets her fate in the form of a young child who introduces Midge to her father. A spooky story with a romantic twist.

Each tale has its own unique focus. Altogether, there are sixteen stories to read and enjoy.

multiple ebook formats
~~~~~~~~~~~~~~~~~~~~~
Here's a list of all of the stories:
Her Protector by Victoria Howard;
The Riddle by Jacqueline Seewald;
The Vacation by Chelle Cordero;
An Engaging New Year by Michael Bracken;
Take Me As I Am by Charmaine Gordon;
Immortal Love by Melinda Clayton;
Shimmering Wedding by Marilyn Celeste Morris;
Destiny Beach by Angelica Taylor;
Paco’s Visions by Robert Hays;
A Firefly for Thanksgiving by Kathie Harrington;
After the Ball by Misha Crews;
Kiss and Makeup by Allison Wonderland;
Three Things to Hold Onto by Sandy Nicks;
Rediscovered Trust by KC Sprayberry;
Breakfast at the Laundromat by Smoky Trudeau;
My Dearest Love by Billy Burgess
Posted by Chelle Cordero at 3:34 AM 1 comment:

I received a lovely email from a friend informing me that she WROTE IN "His Lucky Charm" for the 2010 GoodReads Choice Awards and it seems a few people have.
I am thrilled beyond words to hear this ~ but it seems that GoodReads says "Write-in answers are hidden for this poll." !!!!!
If you are a member of GoodReads, would you please vote for His Lucky Charm - sign in, go to http://www.goodreads.com/award/choice/2010#41649-Romance and use the WRITE IN feature at the bottom of the pictured books.
...by the way, if you aren't a GoodReads member yet, but you like books (reading and/or writing), why not join now and be sure to friend me

By Chelle Cordero
Published By Vanilla Heart Publishing
Published: Mar. 20, 2010
Category:Fiction » Literature » Thriller and suspense
Category:Fiction » Literature » Romance
Words: 74520 (approximate)
What happens in Vegas doesn't always stay in Vegas... this time it follows Brandon and Caitlyn across the country and into a world of espionage and danger. The one thing that Brandon knows for sure is that he can't afford to lose his lucky charm, Caitlyn.

Posted by Chelle Cordero at 12:45 PM No comments: