September is Library Card Sign-up Month
a time to remind everyone that a library card
is the smartest card of all.

It's September 22 - have you signed up for your library card yet?

Whether you're a student, parent, researcher, or just looking for entertainment and relaxation, a library card opens your world to a wealth of information. You can read many of the newest and hottest releases, local newspapers and magazines, and have access to some of the finest encyclopedia's and reference books at your local libraries.

If you live in the Ramapo-Catskill library area (New York's 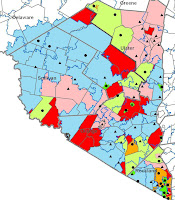 Rockland, Orange, Sullivan and Ulster counties) then you can also read FOR FREE 5 of my novels - ask about inter-library loans if your individual library doesn't have the book on the shelf. The RCLS Library system has Bartlett's Rule, Forgotten, Within the Law, Final Sin and Courage of the Heart (CotH - original version).
Be sure to ask at YOUR local library if they carry my books - if they don't (!), ask them to order them. Many libraries welcome patron suggestions.
What?! You say you live too far from your library to make use of its resources? There's no such thing anymore. Many libraries across the country offer digital services as well. That's right, if you have access to the internet (you're reading this, aren't you?), then you can download digital media like Audio Books, EBooks, Music and Video. (Ahem, ALL of my novels are available as EBooks!).
Find out the services your public library offers and you'll find out just what a bargain the library can be!

Bartlett's Rule by Chelle Cordero
Bartlett's Rule shares the story of Lon and Paige's love affair; a romance filled with hardship, emotion, danger and triumph. Falling in love was never the challenge; being there for each other, knowing just what to say and making it work is the real test. Paige and Lon are real; they are human, they cry and they laugh. Paige has to learn to trust. Lon has to learn to be patient. (ISBN-13: 978-0979654534)
Forgotten by Chelle Cordero
Forgotten is an unforgettable romance about two people who meet by chance, love by choice and are torn apart by intrigue. Their romance survives a foreign threat to national security, kidnapping, personal tragedy and a murder attempt. (ISBN-13: 978-0979654572)
His Lucky Charm by Chelle Cordero
What happens in Vegas doesn't always stay in Vegas... this time it follows Brandon and Caitlyn across the country and into a world of espionage and danger. The one thing that Brandon knows for sure is that he can't afford to lose his lucky charm, Caitlyn. (ISBN-13: 978-1935407577) *previously Forgotten
Final Sin by Chelle Cordero
Deputy Sherriff Commander Jake Carson has his hands full... investigation of a brutal multiple homicide, a troubled son and a vindictive ex-wife. He meets young, free-spirited paramedic Julie Jennings. When Julie becomes the subject of an obsession, it puts both of them in danger... (ISBN-13: 978-1935407133)
Within the Law by Chelle Cordero
Tom gave up on ever falling in love again the day that he buried his high school sweetheart and fiancé. He started a career in law enforcement just so that he could find her murderer and rapist. Just when he is about to see justice done, he meets Alli Davis-the defense attorney for the villain who took his love from him. (ISBN-13: 978-0982115046)
Courage of the Heart by Chelle Cordero
COURAGE OF THE HEART shows us that sometimes love is the only cure for the very deepest of emotional wounds. The story of the two lovers takes a series of unexpected and fast paced turns where lives, sanity and love are put in jeopardy. Their commitment to one another results in a spirit that binds them together and helps them to overcome physical and emotional dangers. (ISBN-13: 978-1935407188)
Common Bond, Tangled Hearts by Chelle Cordero
Layne Gillette’s world is turned upside down when a man she has never met shows up to lay claim as the father of her 6-year old son. When Layne’s abusive “ex-husband” shows up, they are torn apart by danger, kidnapping and lies. (ISBN-13: 978-1935407935)
Hostage Heart by Chelle Cordero
Life was hard after the hurricanes swept through, destroying her parents' home and livelihood... An errand for her boss - a chance encounter with a crew of bank robbers - a kind man who tried to help her ... a man who isn't all he seems...no, he is so much more. (ISBN-13: 978-1935407713)
A Chaunce of Riches by Chelle Cordero
Ben Johnson was hired as a bodyguard for a rich widow and her kid, but he never expected to be working for the woman who had abandoned him just when he had needed her the most. Damn it all, he still wanted her. Samantha Chaunce never thought she would have to explain why she married the rich man instead of Ben. Or that her husband had been murdered...and Ben was the prime suspect. (ISBN-13: 978-1935407263)
http://ChelleCordero.com

That's awesome, Chelle! Thanks for the post! Congrats on being in your local libraries! If only the libraries up here were more accomodating. ;)

One of the first copies of each of my books goes into the local library. While the library is only several minutes from my house, the regional library system of which it a part links it to a vast number of libraries and resources. My card is my passport into a wonderful world of books.