As I listened to news reports about Bin Laden’s death, tears formed in my eyes as I remembered the horror of a September day nearly ten years ago. Many Americans and others throughout the world felt the emotions once again surface…

"I never wished a man dead, but I have read some obituaries with great pleasure." - Mark Twain. That’s quite a quote and several of us posted such lines on Facebook and other social media sites to help explain the myriad of feelings.

I woke the next morning in a world where the man on the FBI’s Most Wanted List was marked deceased. The lives lost because of Bin Laden and his followers are gone forever leaving only tears behind, but the world is changed once again.

I recently wrote a novel involving a very contemporary issue, the heroine is a Pakistani Muslim immigrant. She is a peaceful, gentle woman. I did a lot of research in writing about this potentially volatile subject. I believe that there is good and bad in every people. I also know there are some who refuse to see past a few and blame an entire group.

In Hyphema, Sudah encounters prejudice because of who she is and where she comes from. There is one scene where she is accused of being “the same”… I’ve thought about how ironic these words seem now.

“Wouldn’t you be used to that?” Donna directed her question at Sudah.

“Donna?” Both Laurie and Trisha were shocked by Donna’s question.

Sudah shrugged. “Why am I used to violence?”

Clucking her tongue, Donna waved off her friends. “Well I figure where you come from…”

“I come from Pakistan. We are not near the Afghanistan border where there are skirmishes. My home is in a little town, it is very nice there.”

“But I am not Arabic, I am Pakistani.”

Trisha broke in. “Donna I don’t understand why you are being so rude. I am so sorry Sudah.”

“Why are you apologizing?” Donna faced Sudah menacingly. “My older cousin’s fiancé was killed on 9/11…”

“Oh goodness Donna, that was almost ten years ago. Sudah was only a little girl back then.”

“I am very sorry for your loss, but we are very much alike then. My father’s dear friend Jamaal also died on that terrible day.”

“He was working in a restaurant in New York City. He was very proud and working to bring his family to America. He loved this country and was studying to become a citizen.”

Donna rolled her eyes. “So what happened?”

“He ran to the two buildings after the first plane crashed. The restaurant was across the street. He was trying to help when the second plane came. He was lost in the debris and fire.” Sudah had to pause. “We were very sad that day. I remember when Jamaal’s wife was told her husband was dead. I felt very bad for her.”

“And yet you cover your head like those Arab women who cheered.”

“I cover my head because I am Muslim. It is a sign of respect for my beliefs.”

“Muslim? That’s who attacked us.” Donna snorted. “And they say that Bin Laden lives like a hero in Pakistan.”

“I have not seen him. I do not know where he lives. I would tell authorities where if I knew.” Sudah smiled sweetly and shook her head. “The Islamic people are people of peace. The few who murdered so many and the people who were happy about it are not true believers. They are cowards who hide behind a sign that says ‘I am a Muslim’. They do not speak for most of us.” 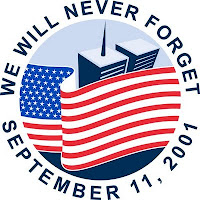