My husband and I celebrated our 39th wedding anniversary yesterday… time flies. Thirty-nine wonderful years. I admit, there are times we had to work at it — work hard — but it has been worth it.

We went to the same high school (High School of Art & Design in NYC) but the only memory I have of him was a confrontation in the school halls when he, as an anal hall monitor, tried to stop me from going down to the auditorium between class periods. (I was a Theatre Arts student and we had a show to prepare for). It wasn’t until years later when we were both volunteers with the NYC Auxiliary Police that we really had a chance to talk with each other… and we instantly disliked each other. Thanks to the meddling of our superior officers (my own dad was our Auxiliary Captain) we finally went out on a date. Two weeks later we were engaged; our wedding date was set for December 28, 1975.

I was late to the wedding!

In my defense I had a valid excuse, my sister (my MOH) fell down a flight of stairs and in the age before cell phones I couldn’t reach Mark to let him know. Luckily he waited for me. Yes we were married with all four of our parents standing under the chuppa with us, and my sister was a real trooper and hobbled down the aisle in her everyday flat shoes instead of the dressy heels that went with her dress. It was so sweet when I spoke the words “Ani l’dodi, v’dodi li” (I am to my beloved as my beloved is to me). Mark had our wedding rings engraved “plus qu'hier, moins que demain"(More than yesterday, less than tomorrow).

After the ceremony my mom, with all the stress of planning and then worry over my sister’s accident, had a diabetic reaction and spent most of the afternoon lying in the bridal suite — she refused to let us call an ambulance. By the end of the reception she was feeling better and soon it was time to leave.

We planned to spend the first night of our married life in our own apartment in Rockland County so we drove IN A BLIZZARD from Queens over the Tappan Zee Bridge. By the time we reached the garden apartment complex I was in tears from worry about my mom and my sister. Since we didn’t  have a phone installed in the apartment Mark found a pay phone (in 1975 that was all we had). The snow drift was piled so high and Mark in his tuxedo carried me in my bridal gown over the snow. All was well back in the Bronx and we were able to relax back in our own apartment. The next morning we traversed semi-plowed snow covered roads to the Poconos for our honeymoon and we enjoyed the holidays and our first New Year’s Eve as Mr. and Mrs.

Through the years we suffered the loss of all four parents in a relatively short time period. We also celebrated the birth of two fantastic children [a daughter and a son], job and career changes, a house with a yard for the kids to play, and watching them as they grew and experienced life and the world. There were money problems and health issues, arguments and making up, laughter and tears, friendships that came and went, public accolades in our respective careers, family births, and the loss of some dear relatives. We’ve celebrated holidays with our sisters and their families, got to witness graduations, bar and bat mitzvahs and weddings for the next generation. Both of our children are married now, and our in-law children are wonderful, and we’re at the empty-nester stage and talking about eventual retirement. It’s definitely been a “ride”.

Sometimes our plans went astray, but we’ve adapted TOGETHER. Our marriage has been a lot of work and it definitely has worked for us.

The biggest constant throughout our married life has always been that I have woken every single morning having fallen more in love than I was the day before — and he has always shown me that it goes both ways. 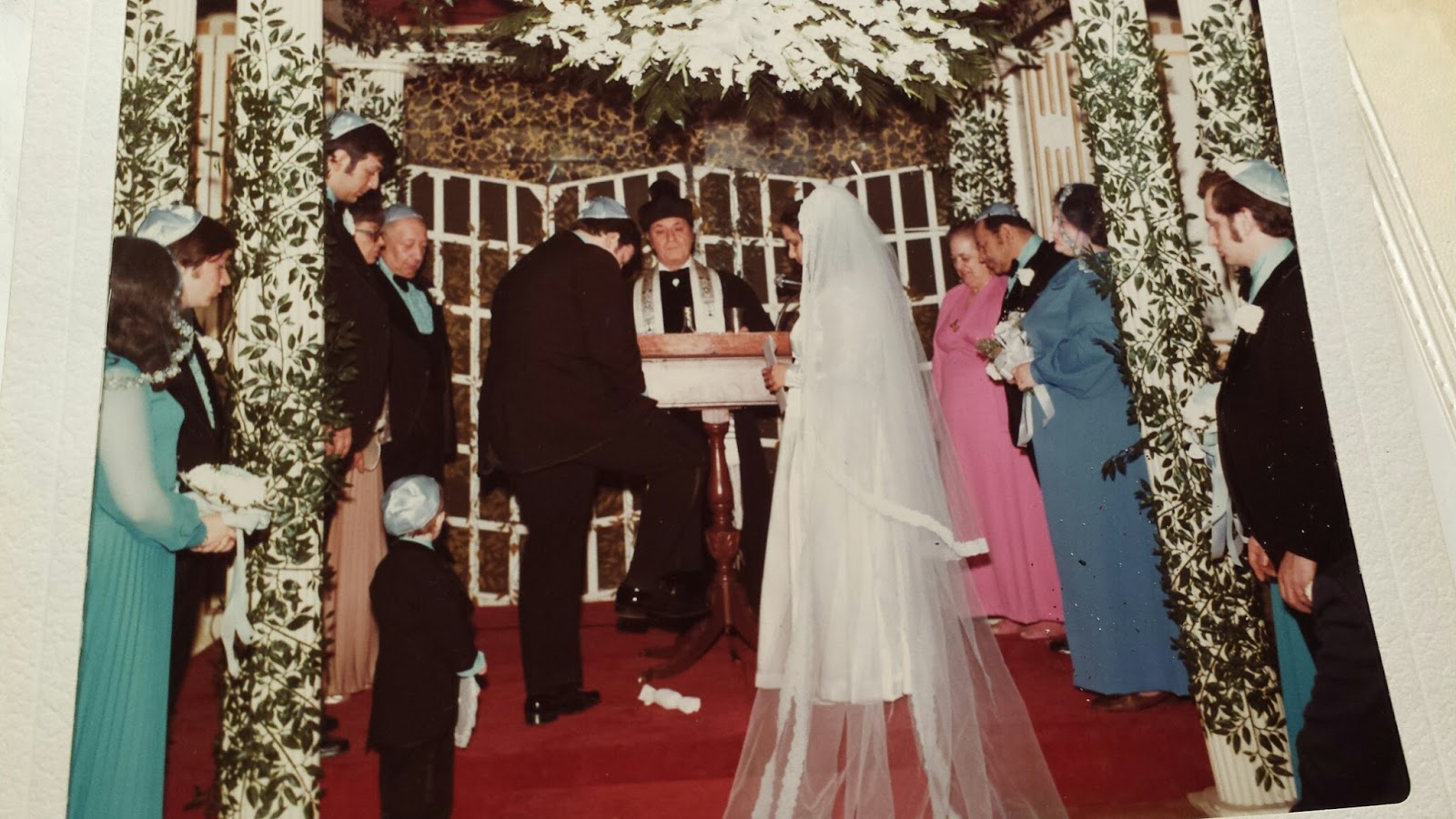 Posted by Chelle Cordero at 3:47 AM