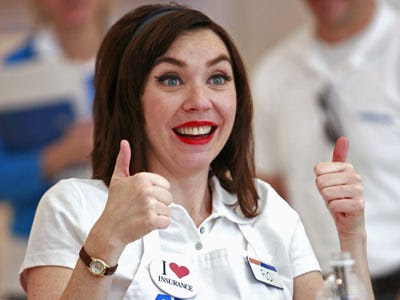 Check out a list of 20 Of The Most Recognizable Commercial Actors and go back, back in time with a long list of commercial characters and the actors who played them at List of American advertising characters. Who remembers the Taco Bell Chihuahua?  Or how about Savarin coffee’s El Exigente played by Carlos Montalban? My personal favorite oldie was Barbara Feldon’s (Agent 99) Top Brass Dandruff prevention commercial before the Maxwell Smart days
I’ve created characters in my novels and I hope at least some of them will become as memorable as these commercial characters. While each character is dear to me, there are a few I think of most often from past works –

I think of Samantha Chaunce who gave the only thing she had to give to help the man she loved and I think of Ben Johnson’s hurt over what he thought was Sam’s betrayal (A Chaunce of Riches).

I think of Tom Hughes, a man who thought he would never fall in love again until he meets Alli Davis the lawyer who is defending the man who killed Tom’s fiancé (Within the Law).

I think of Julie Jennings whose life’s vocation as a paramedic is saving lives when she becomes the coveted subject of a vicious stalker and I think of Sheriff Jake Carlson who is in love with Julie and trying to stop the stalker before he kills again (Final Sin).

And so often I think of Janis Phelan and Jerry Stein, friends, patrol partners, and more in my short story More Than A Friend (The Many Faces of Chelle Cordero); these two were originally born to tell a story long before my first novel ever made it into print.


I hope that my characters will be memorable to readers long after they close the covers of my books — or power down their e-reader. I’d like to know that I managed to bring heroes and heroines to life and that they will be remembered — and yes, I hope the author will be remembered, too. 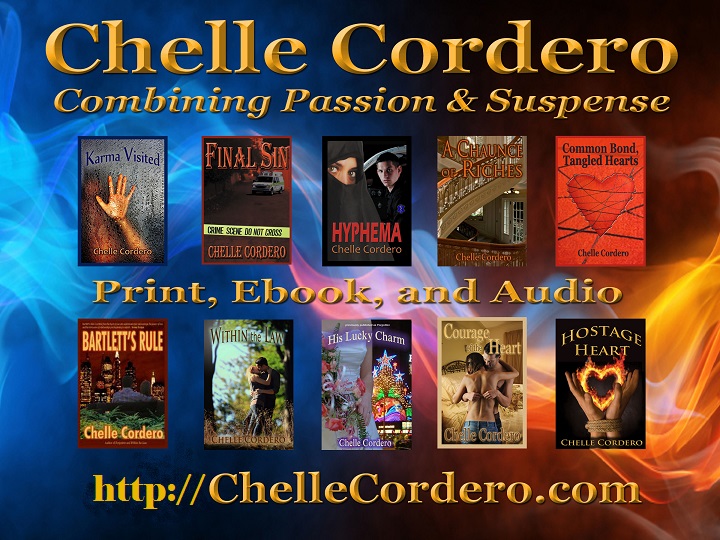 Posted by Chelle Cordero at 1:30 AM