Don’t Believe Everything You Read On The Internet!

The internet is filled with rumors and little twists to the truth… BUT the internet also allows very easy access to loads of research which just might be a bit more revealing and truthful.

When I am on a social media network and see a meme about critical thought, outrageous tales, or financial advice I do NOT ignore it; I also don’t re-post it without doing my research first. I make it a habit to find multiple sources about the alleged quote or incident, and I often find several conflicting views. I want to be informed so I do read or listen to several views, EVEN THE ONES I MIGHT OPPOSE. Prepared with information, various viewpoints and multiple sources (yes, sometimes foreign newspapers can give a reader a different perspective) I then MAKE UP MY OWN MIND before passing along the meme or refuting it.

It is actually liberating to be informed and THINK FOR YOURSELF!

BTW, a very important part of my research is to learn WHO is saying what. Very often honest sites will tell you a little about their political leanings or if they are producing known satire or humor; obviously a “right-wing viewpoint” would be in opposition to “left wing” EVEN IF THEY ARE EACH ATTEMPTING TO TELL THE TRUTH. Remember that reporters are HUMAN and it is natural for biased leanings, sometimes it’s just the tone of voice or the way something is worded that can alter the impression.

Some sites are not so forthright as to their leanings, search the company name or managing editor — one self-professed source of truth and honesty is actually being run by an individual who has had Dept. of Labor investigations into his firing employees who have reported on views and topics he vehemently opposes. Result, just a “bit” on one-sided reporting.

Don’t be afraid to read and learn about opposing viewpoints, it’s not going to contaminate you to listen to what someone else has to say, not if you are sure of your own viewpoint. When I was in grade-school, long loooonnng ago, I had a few fantastic and open minded teachers. One teacher, Mr. Newman, taught us how to debate but before assigning topics he had us each fill out a poll about semi-controversial topics. When he handed out assignments he ALWAYS had us arguing the opposite side of what we personally believed in. Frustrated I asked him why he did that and he told me “unless you understand other viewpoints you can never be sure that what you believe in is really right for you.”

So use the internet, local libraries, different news channels and listening to to others, REALLY LISTENING. Gather as many facts as presented by multiple sources as you can and THINK FOR YOURSELF, don’t follow the crowd just because it looks like the popular thing to do. 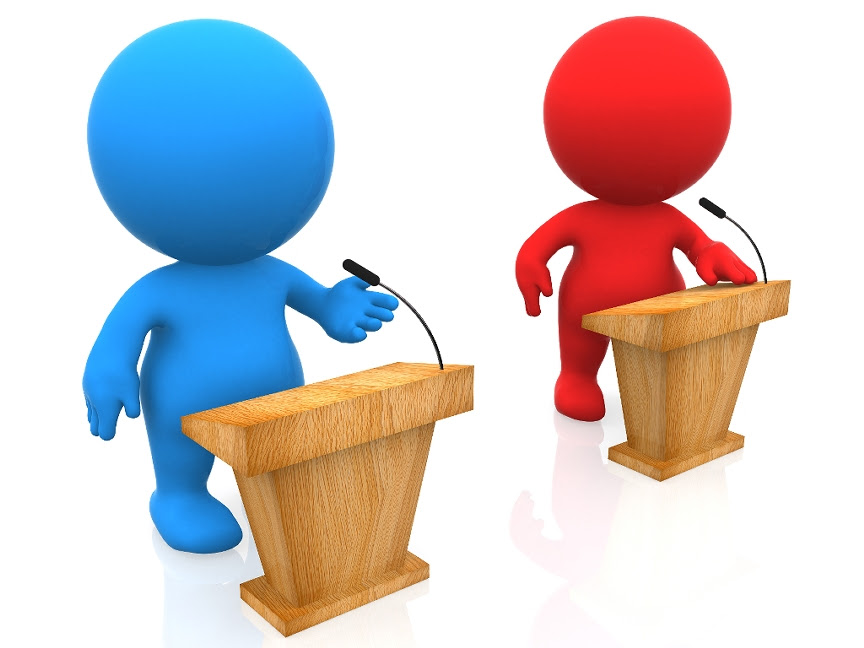 Posted by Chelle Cordero at 5:30 AM