It Ain’t Over ‘til It’s Over

So America’s 2020 Election Day is behind us… at least the voting part. Ballots are still being counted and we may not have all of the results for a few days. So we wait, not necessarily patiently.

No matter which presidential candidate you voted for, one of the two major candidates or a third party, electing our next American president is an important event. And there were many other races as well for state and federal positions, local mayors and governors and don’t forget a few referendums in some locations.  Every person who cast a ballot was part of a very important process of our democracy. It’s really a very heavy responsibility.

This year’s election was complicated because of the COVID-19 pandemic, most states made voting by mail an easy option. There was also “Early Voting” to try to keep down the election day lines, but there were long lines in almost every case both for the early voting and on the actual day of voting. Mail-in ballots also gave their share of consternation with delays, stories of lost mail and concern about alleged voter fraud. No wonder so many would-be voters have been complaining of tension headaches for the past week or so.

According to the United States Constitution, voting is a right and a privilege. Many constitutional amendments have been ratified since the first election. Surprisingly voting was never made mandatory for U.S. citizens. And also surprisingly, there is NO statement in the U.S. Constitution that does state, inexplicably, that our citizens have the RIGHT to vote. But there are inherent rights granted to our people and individual states included the right to vote. The original folks who could make decision regarding our leadership were landowners, and then MEN, and later specified that all men were allowed to vote no matter was their race was. Finally somewhere around 1919 women were finally allowed to make their preferences known and vote as well. It’s been a long road and many people fought for the right to vote.

And yet even in the year 2020, some people don’t bother to vote. Why not? There are a few who can’t vote because of religion. Then there are some who simply are not interested in the candidates or races. The most common reason given for not voting is “What difference does my one vote make?” Since states are permitted, within reason, to decide their own voting rules and regulations, some people don’t meet the requirements easily — someone may have missed the registration deadline, or they don’t have the necessary documents (including residence) to prove their identity and/or eligibility. Unfortunately, there are some (relatively few) cases that seem to be voter suppression such as not making polling centers convenient to certain populations. People may become disenfranchised when the person they want to win loses. There are even some who simply are not interested in casting their votes because they don’t like the candidates running or they don’t know enough about a referendum.

I like knowing that I have had a say in the government where I live, even if it is just one tiny vote, even if the candidate(s) I voted for didn’t win, and even if it means getting up early to stand on a line to cast my vote. Next year, or even for the next primary, think about voting. It may not be in the Constitution, but it is a privilege. 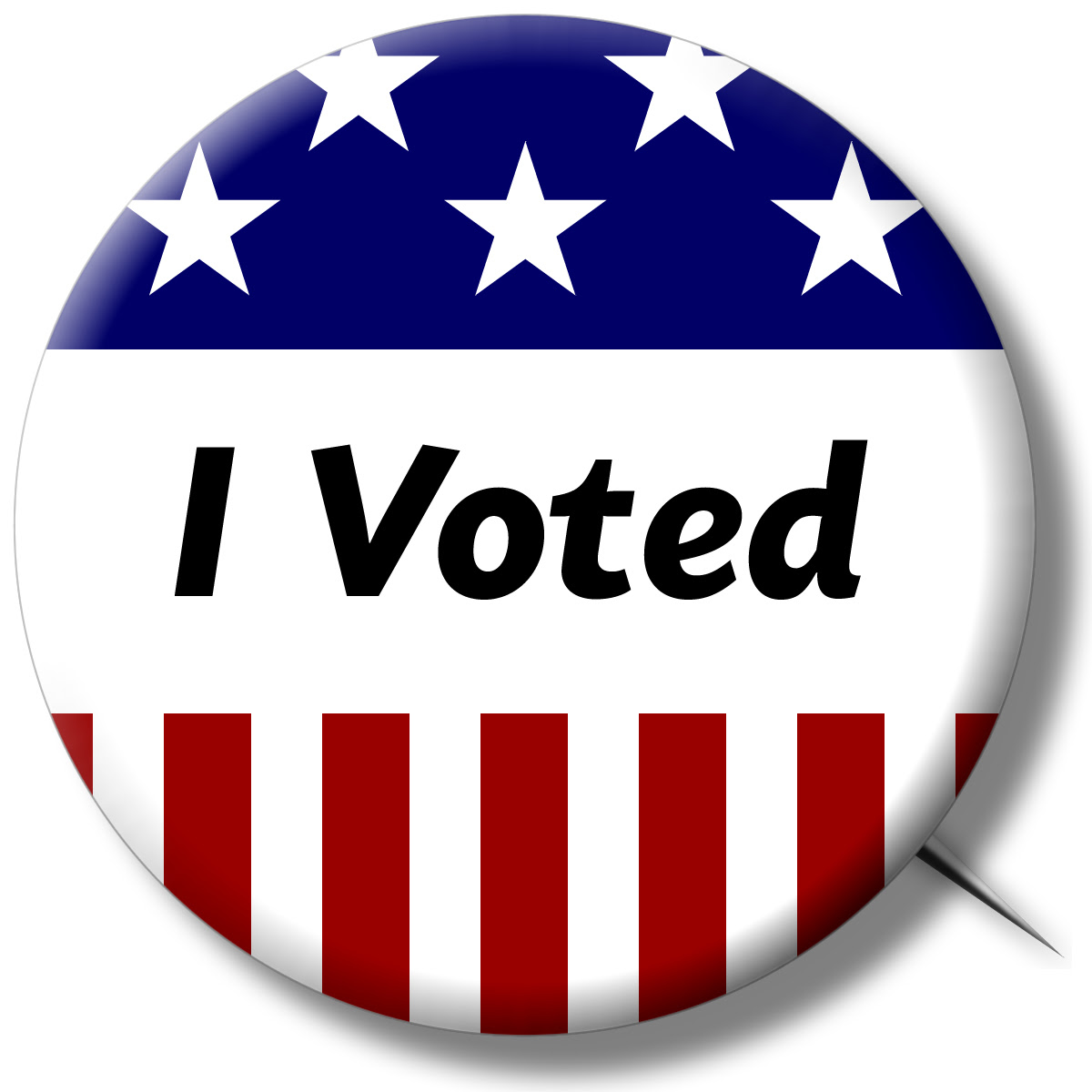 Posted by Chelle Cordero at 6:41 AM

I voted for MrT.
Why? He's against
abortion/homoism -
both of which can
getchu kicked-outta
Seventh-Heaven...
GBY