Pumpkin was a pussycat, really… he was the very first cat that ever graced our home. A few months after we were married one of Mark’s friends told him about a little orange kitten his wife found; she didn’t go into detail but told her husband that the cat was an orphan. There was a problem though, she was horribly allergic to cats but, thankfully, she realized the little guy needed rescuing.

I had started teasing Mark about starting a family while we were still on our honeymoon, so when Mark heard about the kitten he told his friend, “let me check with my wife.” I was excited and said a definite YES… even though I also had a bit of an allergy to cats.

The next day Mark walked in the door with a tiny little ball of orange fur that fit in the palm of his hand. I had spent the day buying kitten food and play-toys and a litter box — I had never had a pet before (except for a goldfish we called Goldie) so I was asking a lot of questions what this kitten would need. We both looked at this little guy and agreed, we would call him Pumpkin.

Pumpkin’s first meal in his new home was watered down tidbits of canned kitten food (he was probably too young to have been weaned from his mother and I was so scared that he would choke), he was hungry. After he ate all of the small amount I put into the saucer for him, he looked at me and came over mewling until I picked him up. He made himself comfortable lying across my stomach and soon fell asleep. (Mark told me he was probably hearing my heartbeat and was comforted).

There were some terrific adventures as Pumpkin grew. I used to take him with me to visit my parents back in the Bronx, he took to a leash and harness very naturally. My dad adored playing with him, they used to “box” with Pumps on his hind legs and my dad holding his hands up to let the cat swat at him.

It was just before Passover when I received a call that my father had died. I ran out of the house to get to my mom and I never finished putting away some of the Passover groceries we had bought. (I called a neighbor to check in and feed the cat while I was gone) When Mark and I returned home a few days later we found that Pumpkin had “sampled” the corner of each box in the five-pound package of Matza we had bought. That poor cat was so bound up for days!

Shortly after we moved to a lovely ground floor condo where we soon adopted a second cat whom we named Dusty, he was a grey tiger striped cat. Soon Dusty and Pumpkin were inseparable. My mom cleaned out the apartment where she and my dad had lived and stayed with us for a few weeks before traveling to Florida to visit her mother. Mark and I both worked out of the house, Mommy didn’t mind, she loved keeping company with the two cats.

Unfortunately while my mom was away in Florida she suffered a stroke. My sister arranged to have her brought up and checked into a rehabilitation center, she eventually wound up near me. We spoke of getting her a handicapped accessible apartment and she told me she wanted a cat. As luck happened, another stray came around and we adopted him, Peppe; I brought Peppe with me to visit my mom and she fell in love. But sadly mommy died before our plans came to fruition. We kept Peppe, he was after all, my mom’s cat.

Another move, to a house this time with the three cats. This time we did start our family… with children. When our daughter was born we named her for my mom, something Peppe obviously connected with because Jenni “became his person”. As a toddler she got away with “anything” with him, and the bond was strong.

Peppe developed kidney disease and passed away at 14, a hard lesson for each of us. Our children (our son had joined the ranks) loved the cats and treasured time with them. Dusty lived to 18 and Pumpkin to 19. Since then there have been a line of felines to share our home… Shadow, Issabelle, Whiskas, Mario, Tigger and Luigi. Our daughter and son grew into adults and have their own homes with their loved ones. Mark and I made a move to a lovely house in the country, Tigger and Luigi share the house with us.

None of the cats ever replaced their predecessors, each one had their own distinctive personality. Each time one of our fur babies “crossed the rainbow bridge”, they took a little piece of our hearts with them. But each one also left us with so much love and fullness in our hearts that we had more to share. Each cat was adopted, as a stray or from the shelter and with all of their unique personalities they all shared one common trait — anytime we’ve needed a cuddle, they’ve always known and gave us cuddles and love to spare. 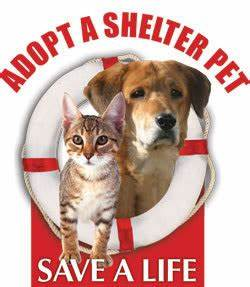