Justin seems to have frightened Layne off with his directness. He plans to give her time and heads back to his motel and hears the phone ringing as he enters his room - he hopes it's Layne. This excerpt has been edited to fit.

He picked up the phone to hear Larry Davis’ perturbed voice, "where have you been all morning?”

"I went to see Layne and Dennis."

"Is she looking for money?"

"No,” Justin sighed, "to be honest, she wants nothing to do with me."

"That's good, you went up there to make sure there were no complications, not make problems."

"Who has managed just fine for six years without you."

"Dennis and I were both robbed of knowing each other..."

"I called to let you know your mom is sick, she's asking for you."


So this week my son is off climbing mountain peaks in Yosemite (check out Half-Dome), skydiving on the Pacific beachline, trekking though the wilderness and Lord only knows what else - he's with his best friend on an adventure they promised themselves a while back. I asked him just to send a text or something every few days to his wife, his father or me so that we know he is okay... for some reason his wife is getting all of the messages (lol, sons get married and moms get replaced!) Anyway, he is an adventurous sort.

My daughter also has a wanderlust and has traveled the world extensively, sometimes with her husband and sometimes with her best friend. She's planning yet another jaunt sometime around January. Bear in mind, these are not trips with travel groups but adventure seeking to see life as it exists. Sigh.

As any mom can tell you, we never stop worrying about our children no matter what age they are - or how capable we know they are. Both of my offspring are EMS professionals and save lives for a living, they often go into hazardous situations and they are counted on by so many in need as being the one who knows what to do in the most dire of circumstances. So I know I really shouldn't have anything to worry about, they can handle just about anything.

For now, just like when they were teen-agers and stayed out late, I don't sleep very well until I know they are home safe and sound. And while I write about fictional adventures and triumphs, my kids are out living it. How did such an introverted coward raise such courageous offspring? 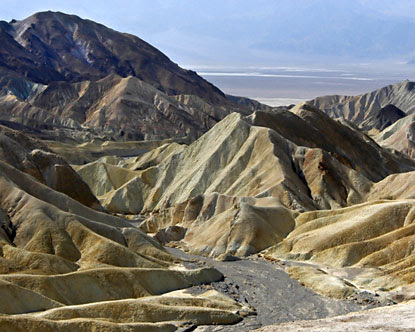 on the road to adventure

Nothing like throwing an extra complication in your hero's way.

I'm agreeing with Larry. (I'm such an un-romantic! LOL!)

(I'd feel differently if Dennis had known about him, though.)

That's some answer. Is Larry trying to avoid the topic and distract him from his new found son?

I'm guessing that Justin's mother might be the deciding factor, here?

I know what you mean about parenting adventurous kids. We're dropping off my eight-year old at a week-long summer camp this afternoon--she's been packing for a month and was dressed this morning at 5:45am, but I'm not sure I'M ready at all. :)

Sounds like he's been sucked into a whirlpool of problems.

I like Larry's point that the kid hasn't needed him up to now. Good snippet, Chelle. :)

Sensing Larry doesn't want Justin involved with the kid at all... I wonder why. What stake does he have in this? Does he hope to be in the line for corporate/fiscal gain if there is no "heir apparent"? Does he have a sister he's trying to set Justin up to marry, and he doesn't want a kid from a previous"situation" muddying the waters?

Oh, so many possibilities

You had to throw a sick mom into the mix, you devil. Super snippet with lots of questions asked and not answered.

Regarding your real-life kids, relax, mommy dear and call me. I'll take care of you until they come home.

Great dialogue exchange, Chelle, and it really shows their tension.

The balance of life. Just as something positive happens (discovers he has a child), something negative turns up (his mother being ill).

When it rains, it pours, as they say. Your poor hero now has something else major to contend with and no relief in sight! A fascinating story...

Ouch... Way to throw another curveball at the character. Knock 'em down a little more so they can rise even further when they get back up.

Man, I hope this guy has broad shoulders, 'cause he sure has a lot to haul now. Good work evoking the frustration of being kept out of his son's life.

My apologies to all for my delay in commenting, I will be working on this over the next few days. It was a hectic and emotional weekend as we had the unveiling for my cousin who passed away far too young nearly a year ago (in Judaism it is the unveiling of the headstone and the mark of time where life must go forward, but we never forget our loved ones)

Oh my goodness, what's up with Larry? I don't agree with him, his son needs him in his life. Gosh, what a play on emotions! Great work Chelle. I have to read more.

The dialogue is smooth and natural. I think it's a wonderful snippet, Chelle. I like the blurb, too. What a pickle to be in--and there's a lot at stake. :-)